Tallulah is off to foster-to-maybe-adopt 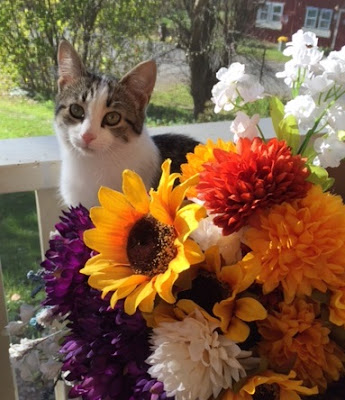 Tally is off to Gretchen and Brian's home for a foster-to-adopt trial, to see if she gets along with Zoey, adopted by Gretchen 10 years ago when she was a volunteer here when we were still "Wildrun." As a woman with a banking career, she ultimately was moved to a branch further away from us and could not volunteer to and from work any longer, however she has been a great friend every since.

Tally was a little alarmed, but had her tail up and was exploring at her new abode. She discovered the huge cat tree fairly quickly. 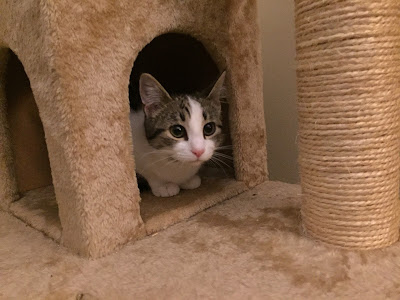 Zoey, who is also a little tiny cat, was not amused by the new resident: 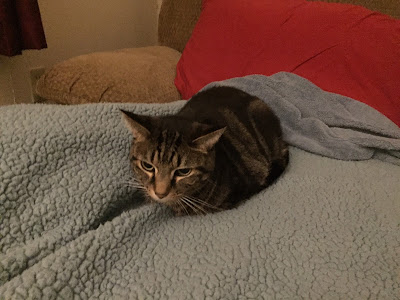 We'll see how it goes! Zoey is the most important piece in this puzzle. Gretchen and Brian want her to be happy. If she's not, Tally will come back. However it always helps to see how our cats do in a new environment, and Tally did great. She was a fine traveler in the crate, takes her pills (we sent her to her new home with a Capstar pill for the next day, having given her one before she left here, to be sure she didn't bring along any fleas), and apparently found the litter box without a problem. Even if she comes back, this helps us give more information to a possible future adopter.

Go Tally! Come on Zoey...you know you want a friend.