For those not on Facebook, yes, I've been gone a long while. And my sisters and I, well, we've grown up a bit over that time, too. My mom, who has been thumbing her nose at kidney and heart disease for years by managing her diet and refusing to let it slow her down or keep her away from her friends, and whom I sure hoped that one day (years from now) she would pass without warning from a heart attack in her home which she loved---had become quickly and steadily weaker. Her church community worried about her, and my sisters, stepsister and I began looking after her, so she could stay home but not be alone. The primary responsibility fell to my sister who lives in the same city as my mom. Because my job is somewhat portable, I took on a "two days there, one day home" schedule, with an extra day home on weekends, in order to take care of the animals.

Unfortunately the reason for my mom's weakness became clear after she fell one morning from what turned out to be a heart attack. One medical helicopter ride and and an MRI later, she learned she had a brain tumor as well. She said she wanted to come home--she refused to go to a nursing home. With the help of Hospice in our county, two of her friends who were also home nursing aides, my sisters and myself, and an additional wonderful aide we hired, mom came home for less than two short weeks.

Mom's sister, Clara, and my cousin Bob were able to come up from Georgia to see her at home, and her friends from church and her Bible study group Heart to Heart also visited and sang to her.

She passed away on February 17, in the morning, with my sister Kathy by her side. I had just left nine hours earlier for my "one day home." 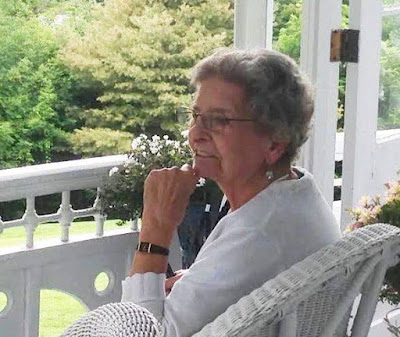 Louise Katherine Wilcox, 81, passed away peacefully at home in the care of her family on February 17, 2017 after an extended illness. Born on July 22, 1935 to Otto and Bertha Schlecht, she grew up with her sister Clara on the "Hillcrest" Jephson Estate in Cazenovia NY where her father was the estate caretaker. Louise was a graduate of Cazenovia High School Class of 1953. She faithfully reunited with her class whenever gatherings were held. She also attended Simmons College in Boston MA.

Louise raised her three daughters, Linda, Kathryn, and Susan in Greene and Earlville NY. She married Paul Wilcox of Norwich NY in 1975 and joined his three children, Robin, Kim, and Kevin to the family of her heart.

Louise was employed by the Norwich Pennysaver and then as a secretary in the Office of Corporate, Foundation and Government Relations at Colgate University for 28 years, retiring in 2000.

Louise had a great love for gardening, sewing, needlework, antiques, and the songbirds who graced her flower-filled yard. She was a teacher's assistant and Girl Scout leader in Earlville. In Norwich she became an active member of the community of the Christ Lutheran Church. She coordinated dinners, served as the congregational coordinator for Thrivant Financial and sang alto in the choir. She received comfort at her home while she was in hospice care from the community of Christ Lutheran Church, her local bible study group Heart to Heart, and other close friends. 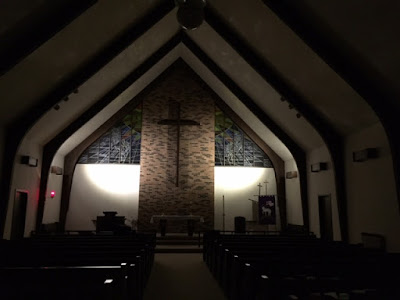 My mom was an extremely strong woman and she only got stronger as she grew older. She became my friend, rather than just my mother. We certainly exasperated one another now and then, of course. She expressed her concern about how much money I spent on the cat rescue while I was younger. But after I had worked for Petfinder for about five years, she seemed to accept my additional cat rescue hobby as--dare I say--perhaps even respectable. None of her daughters took a traditional route. Kathy, the historian. Linda, the professional musician (Buffalo Philharmonic). Me, the animal welfare advocate. Mom was a cat lover herself (and has asked to be interred with her beloved cat Charlie). She loved music and history. I guess it wasn't so surprising how we turned out. Or maybe she ultimately reflected some of what we had grown into. 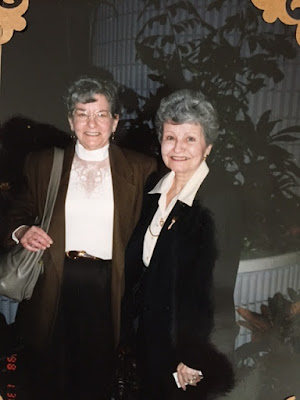 But when it came down to it, mom was an artist, and her paintbrush was gardening and beautiful things. We all thought that mom would have been an great interior designer, but she always said it wouldn't make her happy if she did it for someone else. We have all inherited some of the small and beautiful things she created, discovered, or had kept her whole life.

She spent her entire young life on the Jephson Estate in Cazenovia, where my grandfather was the caretaker. Surely--even living in the carriage house--that affinity for beautiful things, beautiful lawns, and beautiful gardens had to have influenced her. You can see her childhood home here.

When mom said she wanted to come home, My sisters and I said "Of course you will" but honestly I think we were all terrified. Caring for a person, cleaning her, turning her, feeding her, medicating her, worrying about her and trying not to seem to worried, but also trying not to seem too carefree...I'm not sure I thought I could do such a thing. But I guess it's like anything else. When faced with the need, you do it.

So now I am home. There are the legal issues to deal with, and an extra house to care for. My sisters and I normally only visited one another when we visited mom. Now we'll need to create new and stronger bonds. I'm guessing if mom had had her wish---if she HAD just passed unknowingly from a massive heart attack---it's possible my sisters and I wouldn't have this bond. It's possible we wouldn't have seen our aunt and cousin, that we wouldn't have been interacting so closely with my stepsisters Robin and Kim. We might have all drifted aimlessly apart.

It seems less likely we will wander away from one another, now.

Thanks, mom. Even your dying gave an incredible gift. 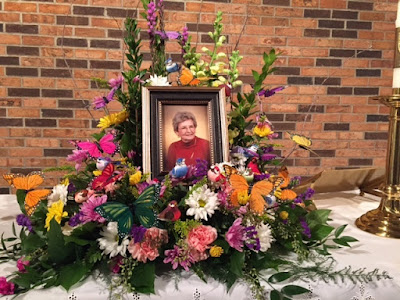