It took a long while for me to be able to post this, since so many people were following the Possum kittens, and giving them up was very difficult. They continued to decline and it seemed it was going to be a long while before we got answers. They were no longer interested in playing, and had begun hissing at one another when they cuddled up--seeming to indicate they were in pain if the one kitten laid on top of the other. My veterinarian agreed it was time for them to be released from this adventure. Whatever they had was clearly quickly progressing, and no matter what answer we might receive from genetic testing, it was very unlikely it would be reversable. The advancing incontinence could have been pressure on the spinal cord from their misformed bones, which likely meant they were experiencing other neurological issues as well that would not have overt signs (neuropathy, etc.) They were the cutest, most fun little dudes, and they were still happy right up to the end, which is why the decision was so difficult. Waiting until they were entirely unhappy with the lives they had, was not an option for me. 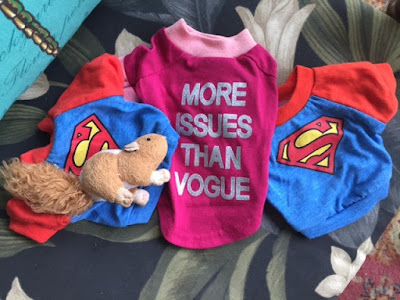 I would have preferred to bring them home to the Memory Garden, however after all we had gone through, it seemed important to get answers, so after euthanasia, they went to Cornell to the veterinarian who had been willing to do the initial genetic testing (and follow up exam and treatment, had they not declined so rapidly) for necropsy and further testing. It probably will be months before we have an answer if one is available. 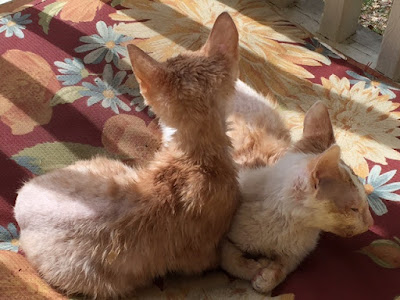 Thank you to everyone who has followed and asked about them. Once we get an answer, I will post the results in a blog post title with links to all of their posts and videos, so if someone else should experience the same issue with kittens in their care, hopefully it will come up in search engines. In the meantime, I, and everyone who visited them, were blessed to enjoy their silly presence while they were here.

I made a little place in the Memory Garden for them anyway, with some plants I had moved from my mom's garden, and a little statue I had purchased a long while ago while antiquing with my sister Linda. It seemed fitting for them. 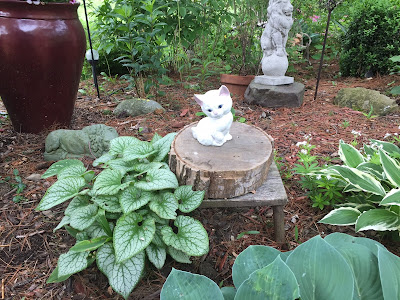 I think I should end their long strange adventure with a smile, so I'm including my very favorite photo of them. 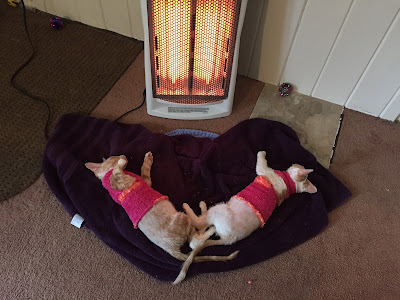 While going through my mom's things, my sisters and I found the following article she had saved.

It originally appears in the San Francisco Chronicle, apparently. While it is online with a date of 1996, other blogs give it an earlier date of 1961. Since my mom had to tolerate a lot from her passel of teenage girls, and one teen boy, not to mention grandchildren, I had to smile when I read this. 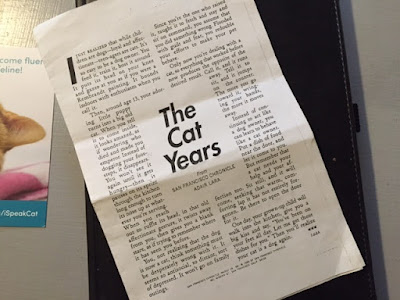 I just realized that while children are dogs—loyal and affectionate—teenagers are cats. It’s so easy to be a dog owner. You feed it, train it, boss it around. It puts its head on your knee and gazes at you as if you were a Rembrandt painting. It bounds indoors with enthusiasm when you call it.

Then, around age 13, your adorable little puppy turns into a big old cat. When you tell it to come inside, it looks amazed, as if wondering who died and made you emperor. Instead of dogging your footsteps, it disappears. You won’t see it again until it gets hungry—then it pauses on its sprint through the kitchen long enough to turn its nose up at whatever you’re serving. When you reach out to ruffle its head, in that old affectionate gesture, it twists away from you, then gives you a blank stare, as if trying to remember where it has seen you before.

You, not realizing that the dog is now a cat, think something must be desperately wrong with it. It seems so antisocial, so distant, sort of depressed. It won’t go on family outings.

Since you’re the one who raised it, taught it to fetch and stay and sit on command, you assume that you did something wrong. Flooded with guilt and fear, you redouble your efforts to make your pet behave.

Only now you’re dealing with a cat, so everything that worked before now produces the opposite of the desired results. Call it, and it runs away. Tell it to sit, and it jumps on the counter. The more you go toward it, wringing your hands, the more it moves away.

Instead of continuing to act like a dog owner, you can learn to behave like a cat owner. Put a dish of food near the door, and let it come to you. But remember that a cat needs your help and your affection too. Sit still, and it will come, seeking that warm, comforting lap it has nor entirely forgotten. Be there to open the door for it.

One day, you grown-up child will walk into the kitchen, give you a big kiss and say, “You’ve been on your feet all day. Let me get those dishes for you.” Then you’ll realize your cat is a dog again.

This video is making the rounds on Facebook at the moment:

Our grumpy Fluffy was tamed by kittens. The very first cage-trapped feral spay/neutered at a "feral" spay/neuter clinic (mostly barn cats and holdable cats came in to that first clinic in 2001), Fluffy was stripped bald by the veterinary students who didn't realize he was supposed to be headed back outdoors at my barn. Fluffy stayed inside for his fur to grow, but he so loved the kittens who were loose in the room where he was caged, I let him out. 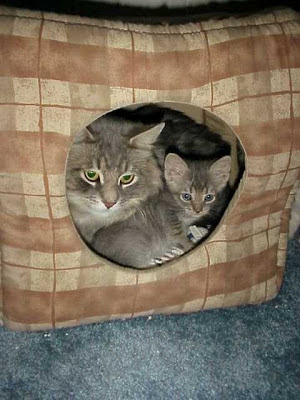 Since then he has been a pillow for quite a few fearful cats. Here are Fluffy and Pickles: 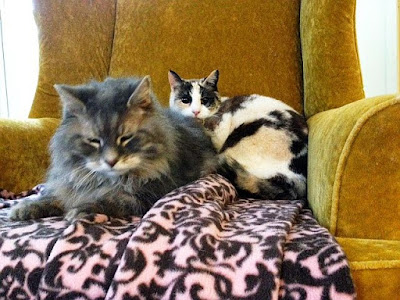 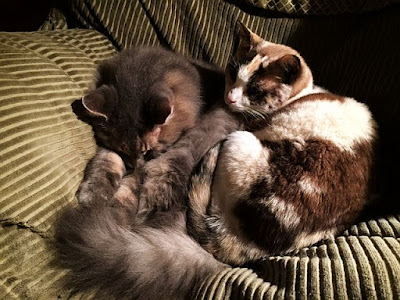 Fluffy is a bit too old and creaky to allow cats to lie on top of him now. At eighteen, pushing nineteen, he's deaf and bony but still quite, quite fluffy. 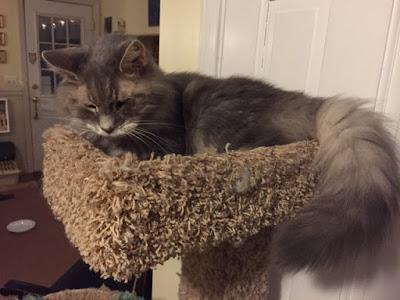 Anyone else have a grumpy feral who was tamed by kittens?